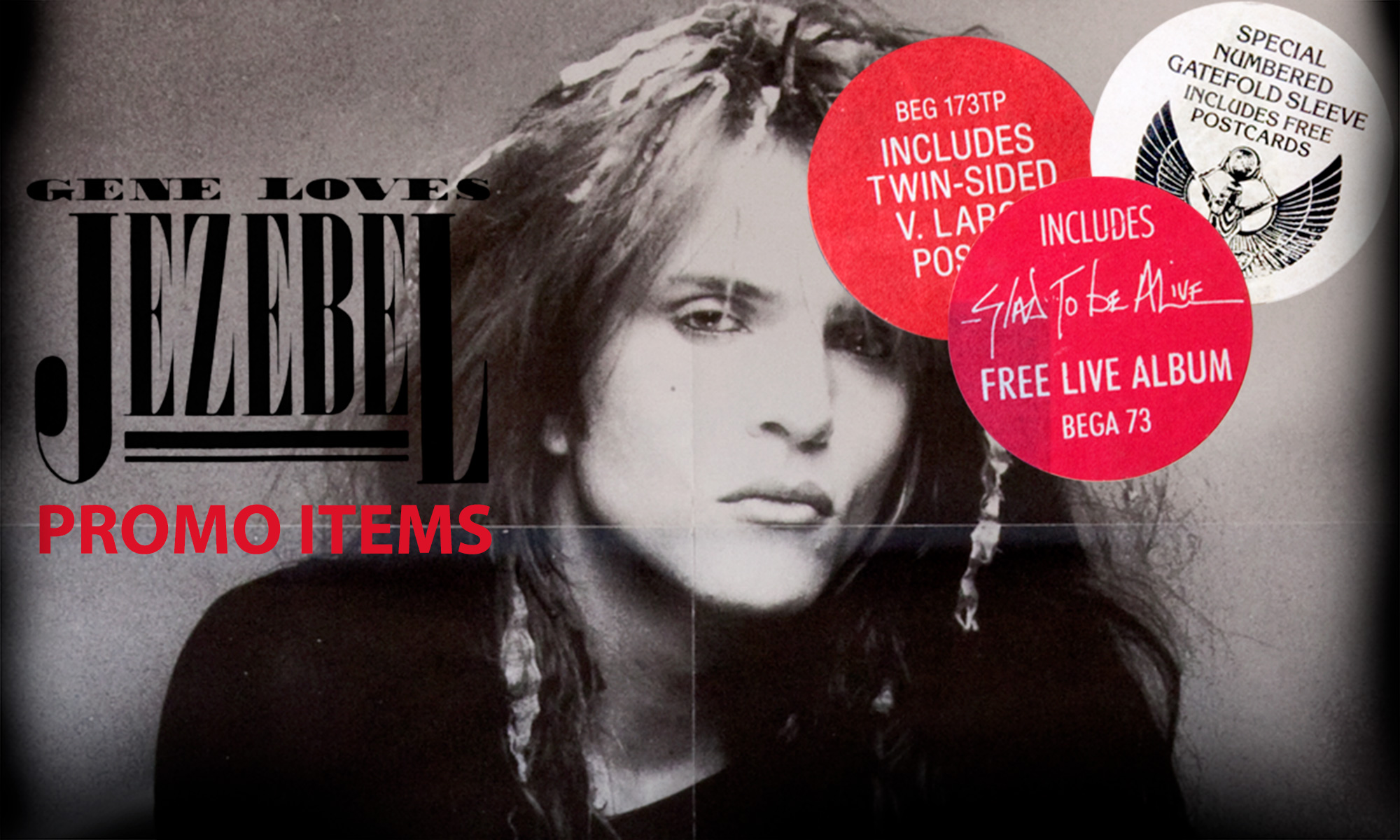 Heartache was released as a single in June 1986. A free cassette was issued with the 7ins format. 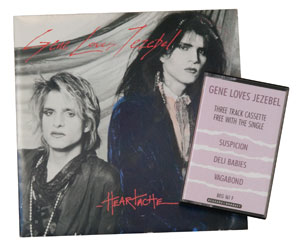 Taken from the forthcoming LP Discover, Heartache was the follow up to Sweetest Thing. The lead vocal on Heartache was provided by Michael. The b-side was Heartache (Part Two), here featuring Jay on lead vocal.

The free cassette tape featured three extra tracks – Suspicion, Deli Babies and Vagabond. Deli Babies was on the 12ins. Vagabond, together with Lipstime and Down To The Water, were released as extra songs on the official cassette version of the single and were not available on any vinyl release. All these songs were later included on the expanded 2-CD edtion of Discover in 2005. Suspicion was re-recorded for The House of Dolls in 1987 and the instrumental Vagabond was re-recorded with added lyrics for inclusion on the September 1987 12ins release of The Motion Of Love as Vagabond (A New Adventure).

Along with Beggars Banquet’s promotion of the Heartache 7ins single, the 12ins included a poster. 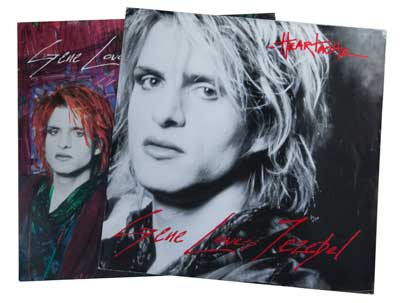 The 12ins featured two further songs, in addition to  Heartacheand Heartche (Part Two). These were Before Doubt, which was the instrumental version of the song Beyond Doubt, and Deli Babies.

The poster was a black and white photo of Michael and Jay. 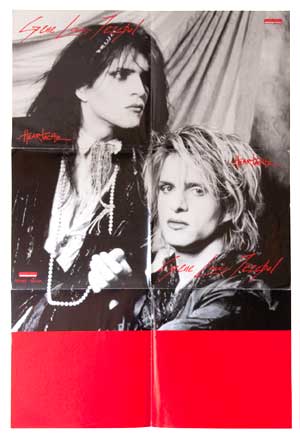 Initial copies of the 1986 Discover album included a free live album. This was called Glad To Be Alive. 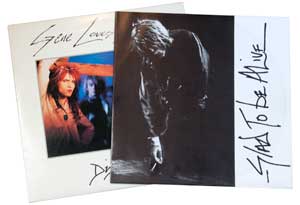 This songs contained on Glad To Be Alive had been recorded ealier in 86 in Nottingham, and the songs included were Upstairs, Over The Rooftops, The Rhino Plasty, Worth Waiting For, Immigrant, Cow, Shower Me With Brittle Punches and Pop Tarantula.

Poster included with Desire (Come And Get It)12ins single

Desire was re-recorded in 1986 and released as a new single in October of that year, with the updated title Desire (Come And Get It). 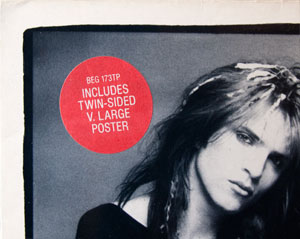 This is the version the band plays live to this day, featuring the instantly recognisable guitar introduction by James Stevenson. Like the original version of Desire, the band made an extended version of the song, and this was released as the Desire (Come And Get It) 12ins, along with Sapphire Scavenger, A New Horizon and Message.

The poster was black and white, but “twin-sided” – one side was of Jay, the other, Michael (see panel on the right for images). 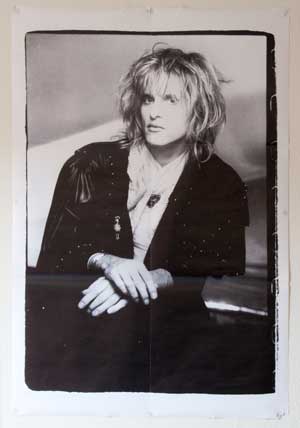 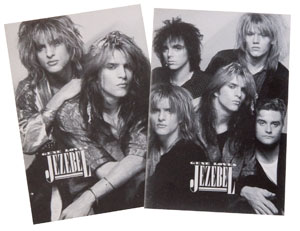 The black and white postcards featured Jay and Michael on one and the whole band on the other. They were taken during a photo shoot for The House Of Dolls by Paul Cox.

The cover of the single also contained a unique hand-written number.

The Gorgeous 12ins also had a give-away. This time a sticker. 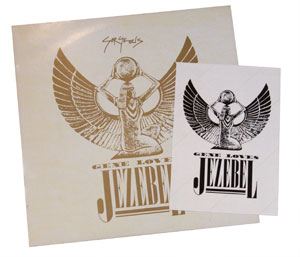 The cover of the single featured a winged, Egyptian goddess Isis design. The sticker was a black on white version of this.

Jealous was released in the summer of 1990. It led the way for the album Kiss Of Life a few weeks later. 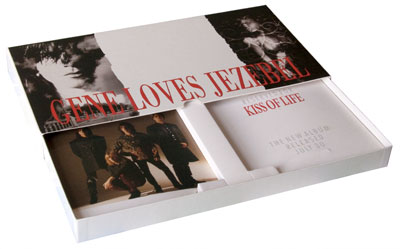 The presentation box was designed like a drawer, and on pulling out, contained two slots – one for the Jealous single which it came with, and an empty one for the forthcoming album itself.